Hey Folks,
It’s that time again.
I’ve reserved my copy of a video game that I very much excited about getting as soon as possible so I can once again block out the world of Facebook and stupid people.
Cause I’m bit of a gamer and two you have to put yourself away from social media and the people that occupy it to enjoy stories in other medias like gaming.
No sure if any of you are gamers but over the decades gaming has grown bigger and bigger and has some of the best most advanced storylines I’ve ever seen in media that is not a tv show or movie.
You could learn a bit about telling good stories and how important it is for game developers to have them when they create them.
For me in a few days Dishonored 2 will have my complete attention for atleast a few hours as I play for fun and to see if I would improve my lack of game credit once again.
But I wonder if you know that Dishonored the first game was only released on Xbox 360 as a test run with the story and game play before it got its all platform launch this time around?
The makers of Dishonored spent millions of dollars testing out the the first game a few years ago and brought it back to be launched on all gaming systems only after they got good reviews based on the game play and story because now a days you can’t really have a hit game without some kind of story line.
Just something to think about as you work with your clients or on your own products.
Until next time….
Deuces,
Lauren
The Story Brand Strategist 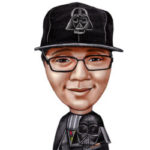